The Language of Hope 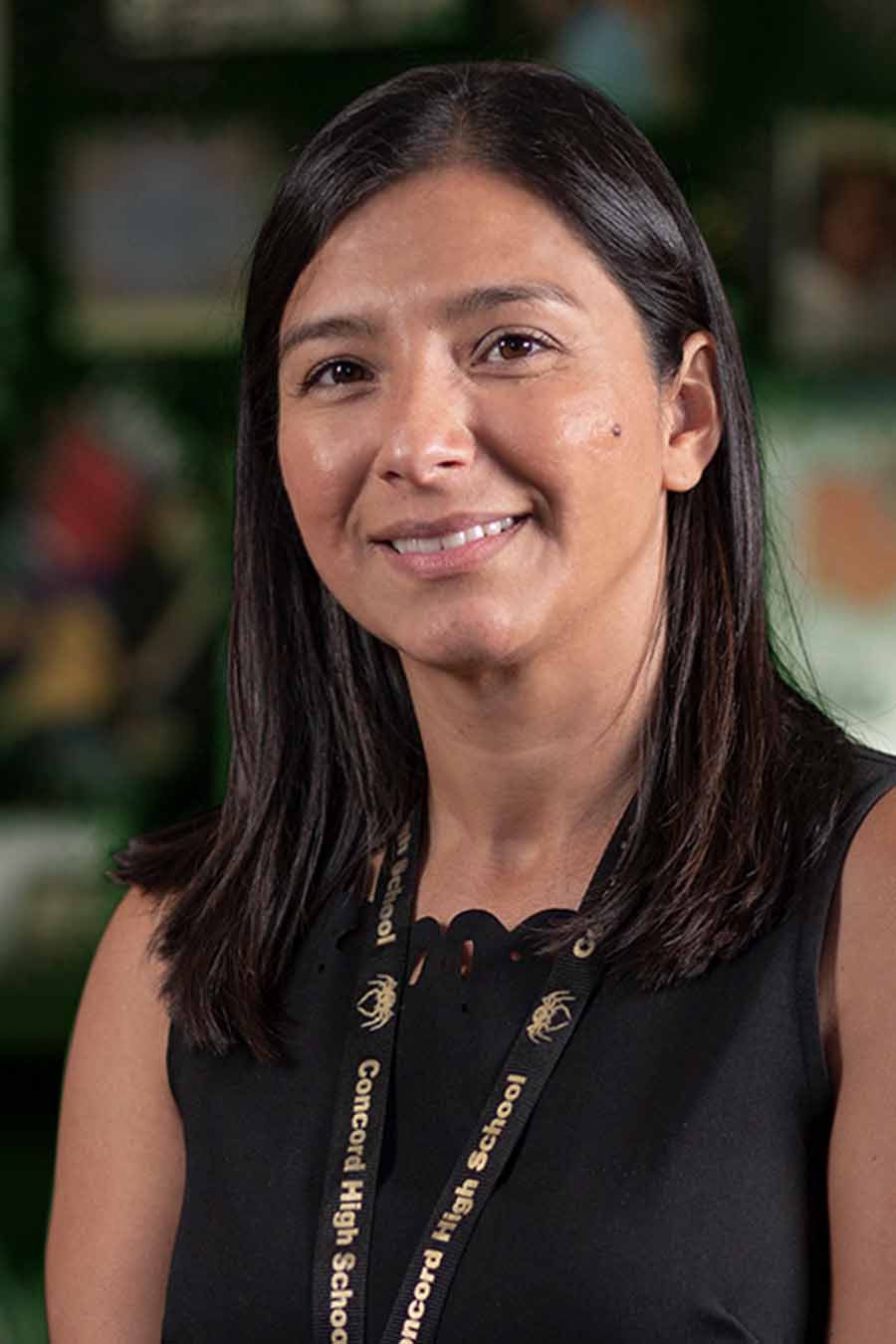 Emily Francis leapt from her seat in the audience of The Ellen Show and made a run for the stage. Only after she was perched alongside Ellen DeGeneres did the 2016 Cabarrus County Schools Teacher of the Year realize that in her excitement, she hadn’t given the famous talk show host time to finish her introduction. But looking back at her journey—from a one room shack in Guatemala, to a New York airport facing immigration authorities, to crossing the stage at UNC Charlotte to accept a graduate degree in Teaching English as a Second Language (ESL)—it’s clear that Emily Francis had been racing toward a moment like this her entire life.

In the early 1990s, Francis and her family were among thousands of Guatemalan citizens living in poverty. Raising Emily and her four siblings alone, Francis’s mother struggled to get by. She sold produce in the local market, but it didn’t provide enough money to live on, even when Emily skipped school to help. So, she made the painful decision to leave the family to try to find a new life for all of them in America. 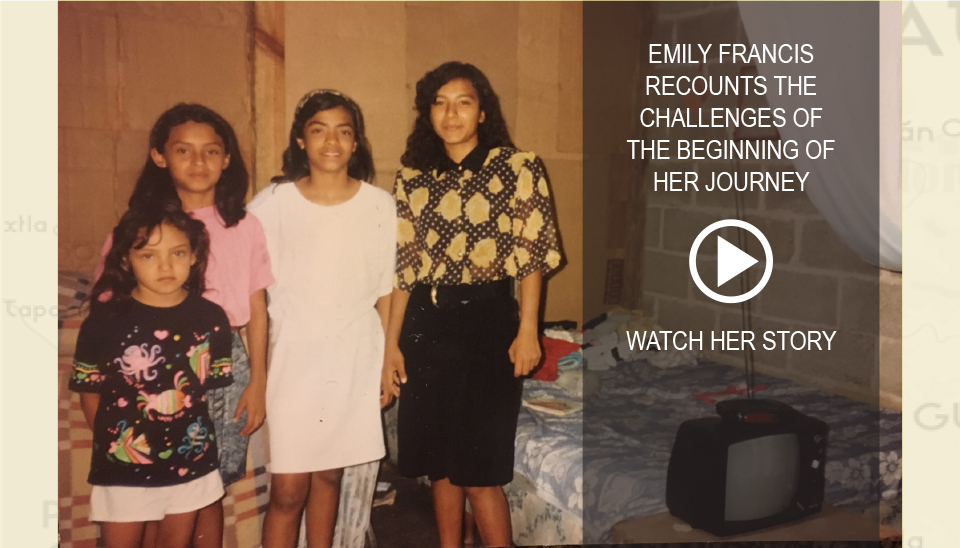 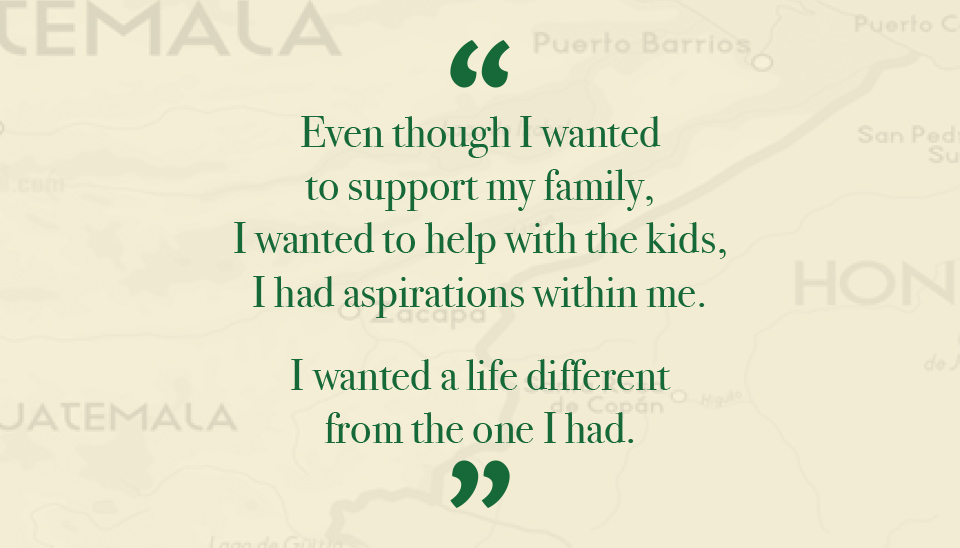 Overjoyed to be in the United States, Emily realized that as a 15-year-old with a 6th-grade education who spoke little English, it was time to get to work.

“I wanted to learn,” she said. “I wanted a high school diploma and to go to college. I wanted to be someone.”

Francis enrolled in school and took supplementary summer and night classes while working part time and helping at home. Within three years she placed out of ESL and earned the credits to graduate. Though she had already taken photos in her cap and gown, Francis was tripped up three times by a statewide American history exam, and didn’t receive a diploma.

“I walked out in tears because I had failed. I didn’t know there were options besides taking the test again and I didn’t know where to turn.” Francis said.

It took several more years to find a way forward. After relocating to North Carolina, she learned about GED programs and enrolled at Rowan-Cabarrus Community College, graduating in just a few months. While working toward an associate degree—and longing to be a teacher—Francis applied for part-time work with Cabarrus County Schools.

“I applied to be a custodian or to serve food; I only added teacher assistant because they asked for a third choice,” she said. “I thought there was no way in the world I would ever get the job.” 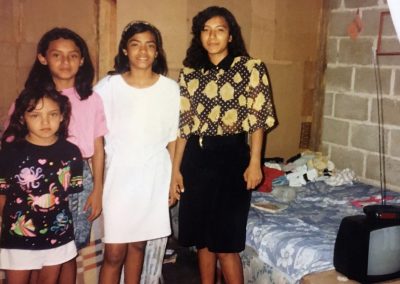 Francis and her siblings inside their modest shack in Guatemala beside the bed they all shared. 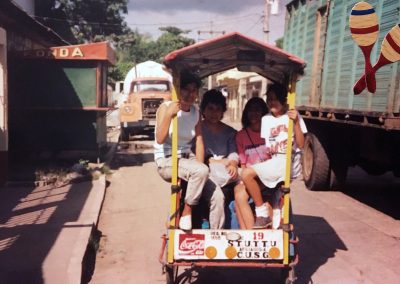 The siblings immigrated from Guatemala to the U.S. Here they are in Mexico during their two-month journey. 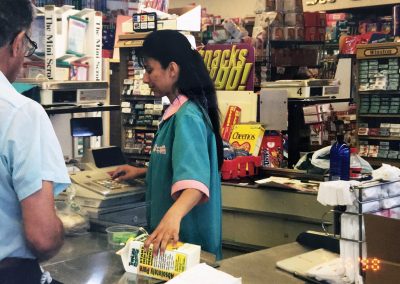 Francis worked many odd jobs as she tried to learn English and settle into life in the U.S. 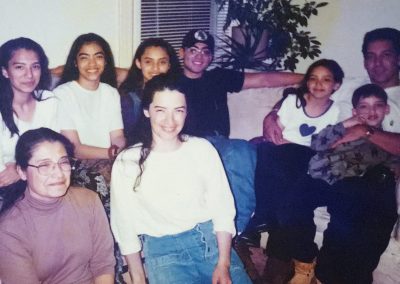 Francis with her grandmother and the rest of her family gathered in the U.S. 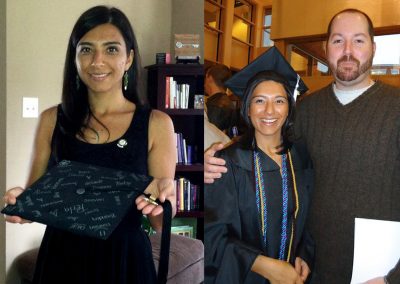 Francis understood the value of education and was determined to earn a college degree; Francis celebrates with her husband following her graduation from UNC Charlotte. 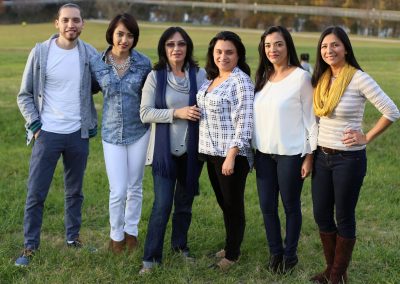 Strengthened by their journey, the siblings and their mother have a special bond from their unique paths from Guatemala to the U.S. 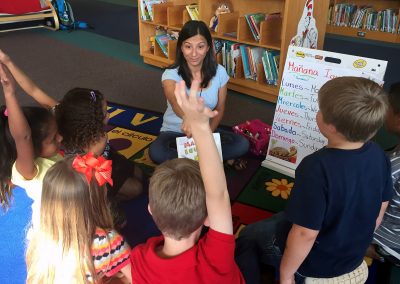 Realizing her dream of being a teacher, Francis draws on her life experiences to make a difference in the classroom.

Francis believes that love for the classroom and an “intervention from on high” in the form of an instant connection with first grade English teacher Angie Power landed her the position. Power agrees.

“She seemed like someone who really, really wanted to be here. I wanted to work with someone with that desire.”

At first, Francis was both scholar and teacher at Mt. Pleasant Elementary School, working on her own language skills while helping around the classroom.

Over the next eight years, she gained valuable experience as a TA, completed the associate degree, then a bachelor’s in Spanish and a graduate certificate and master’s in Teaching English as a Second Language (TESL) from the UNC Charlotte Cato College of Education. Professors describe Francis as “the type of highly engaged student you leave class thinking about.”

UNC Charlotte has produced more than 50 Teachers of the Year since 2015.

A PASSION FOR STUDENTS

“What I remember about her from her very first to her very last course with me is her heart and her commitment to serving her community. She used her experiences as a powerful platform to challenge her classmates’ ideas while always remaining open to change,” said Professor Lan Kolano, program director for the graduate TESL program.

Emily’s dream of becoming a teacher was realized in 2012, when she was hired as the ESL instructor for W.M. Irvin Elementary School in Concord, North Carolina. Working with more than 70 English language learners and supporting classroom teachers, Francis uses her own experience to help the next generation of ESL students. 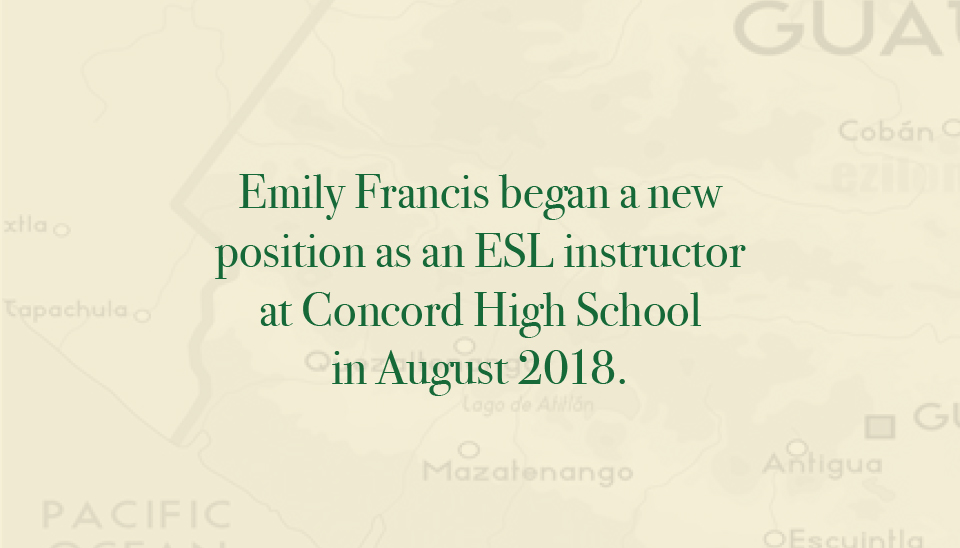 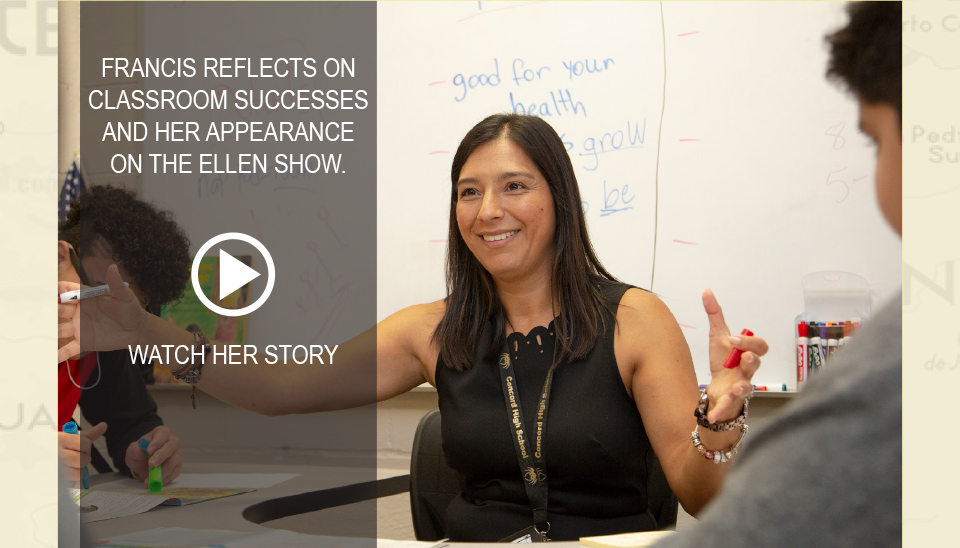 While her interactions with students resonate over the course school day, some of Francis’s classroom magic begins after the final bell. Often dedicating unpaid personal time, she connects with parents and teachers to chip away at cultural divides that can hold students back. Her workshops for ESL parents focus on acclimating to the American educational system and uncovering opportunities for student support.

“I ask myself ‘what didn’t my mother know that she needs to know?’ So, we learn about understanding reading levels, test scores and how to support their kids in their education, to team up with teachers.”

“It was really hard for me and my son,” said Gema Bermudez, a parent of one of Francis’s former students. “Emily is special. She has taught me how to help him do better.” 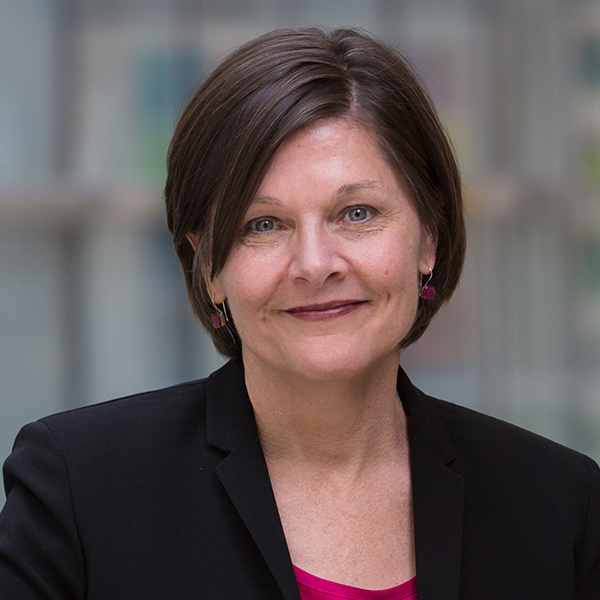 We should take the long view in rethinking the way we train teachers, explains Cato College of Education Dean Ellen McIntyre. 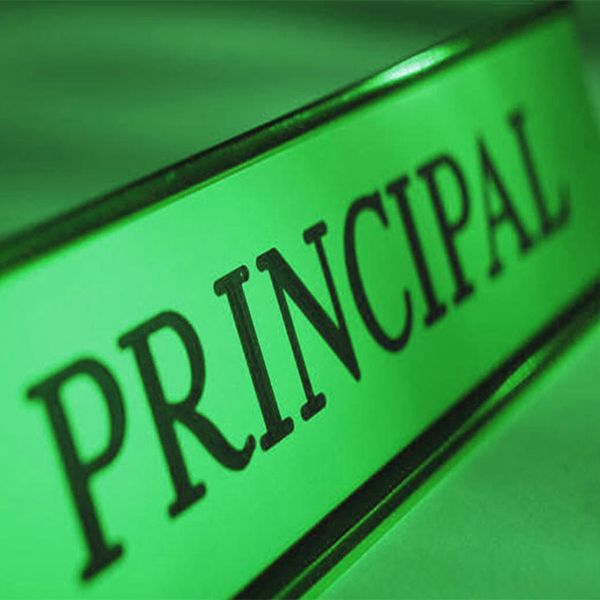 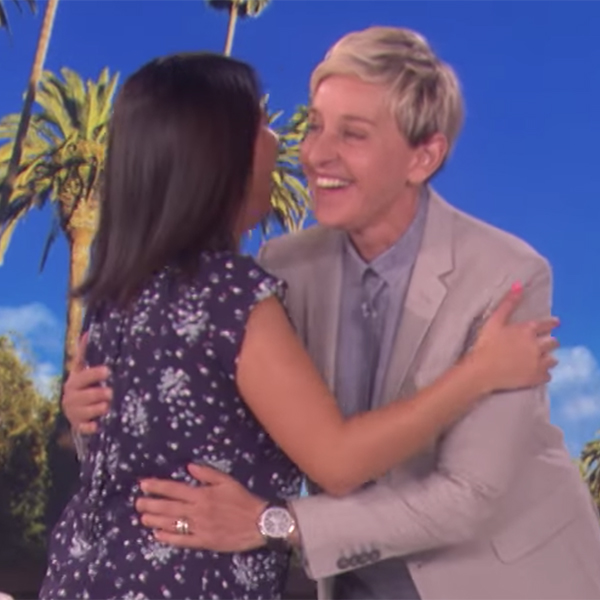 Curious how a UNC Charlotte alum made it into the national spotlight? Watch the full clip of Emily Francis’ appearance on the Ellen DeGeneres Show.